Measure Once, Cut Once: The Two Hidden Costs Of Not Measuring With 3D Laser Scanning Services

Measure Once, Cut Once: The Two Hidden Costs Of Not Measuring With 3D Laser Scanning Services

$177.5 billion per year and two full workdays every week are lost to fixing mistakes in the construction industry. How much could you save?

“Hazardous, tricky, and time-consuming,” is how CAD designer Kyle Artz describes trying to get accurate manual measurements of existing manufacturing facilities for as-built construction drawings. He recalled standing on a perilous catwalk, high above running machinery, stretching to try to measure parts of an active auto plant by hand.

Then there was the time he and a partner were measuring in an active metals refinery where the truck drivers were told to “keep driving if someone is in your way.”

“You had to keep your head on a swivel,” he said, and wondered aloud whether hand-measuring in challenging spaces is worth the risk.

Is it worth the risk when the data can be inaccurate by an entire foot?

Even when you can measure most of the hard-to-reach places, chances are your measurements will be off – sometimes by a lot. That’s because manual hand measuring is just that, by hand. 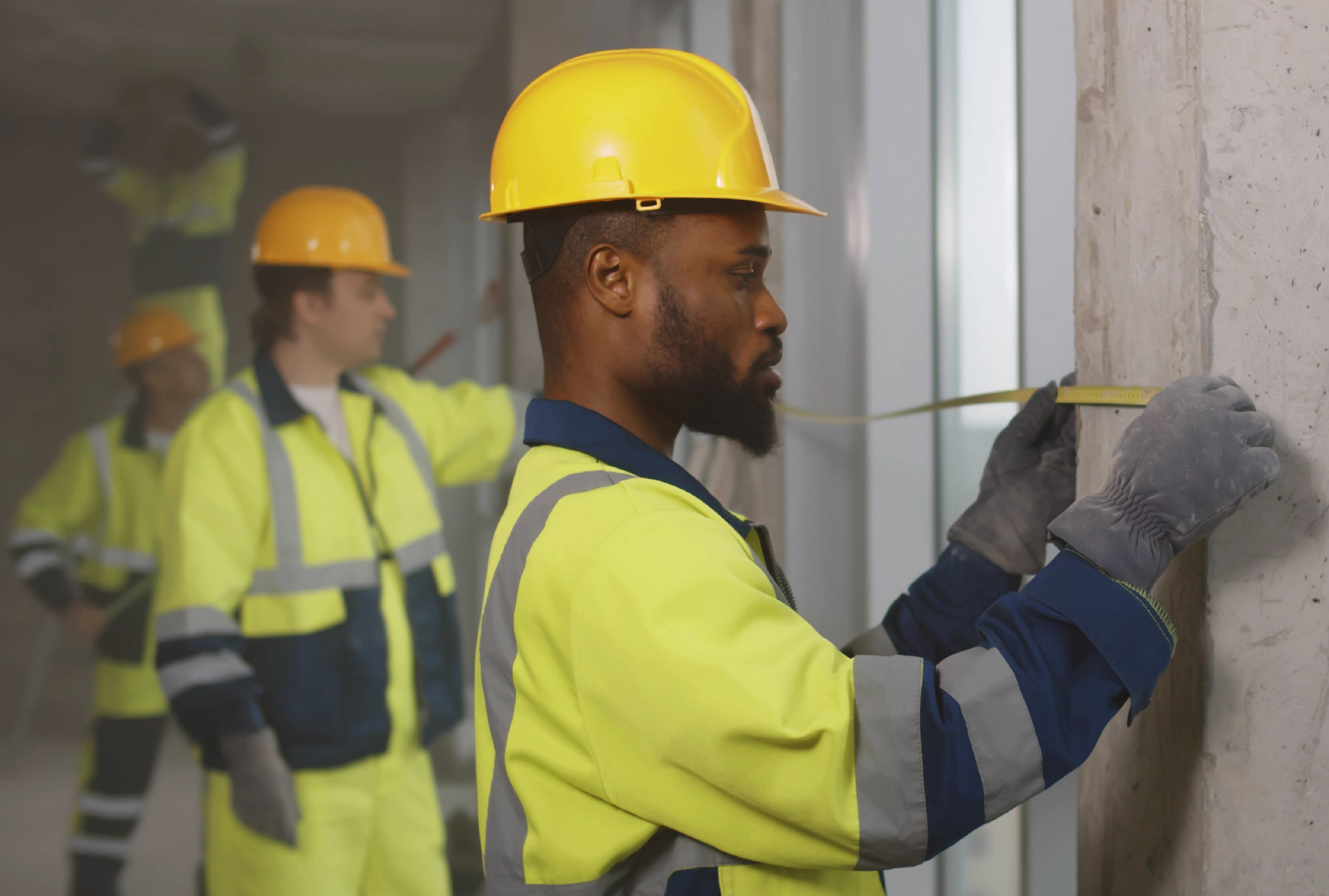 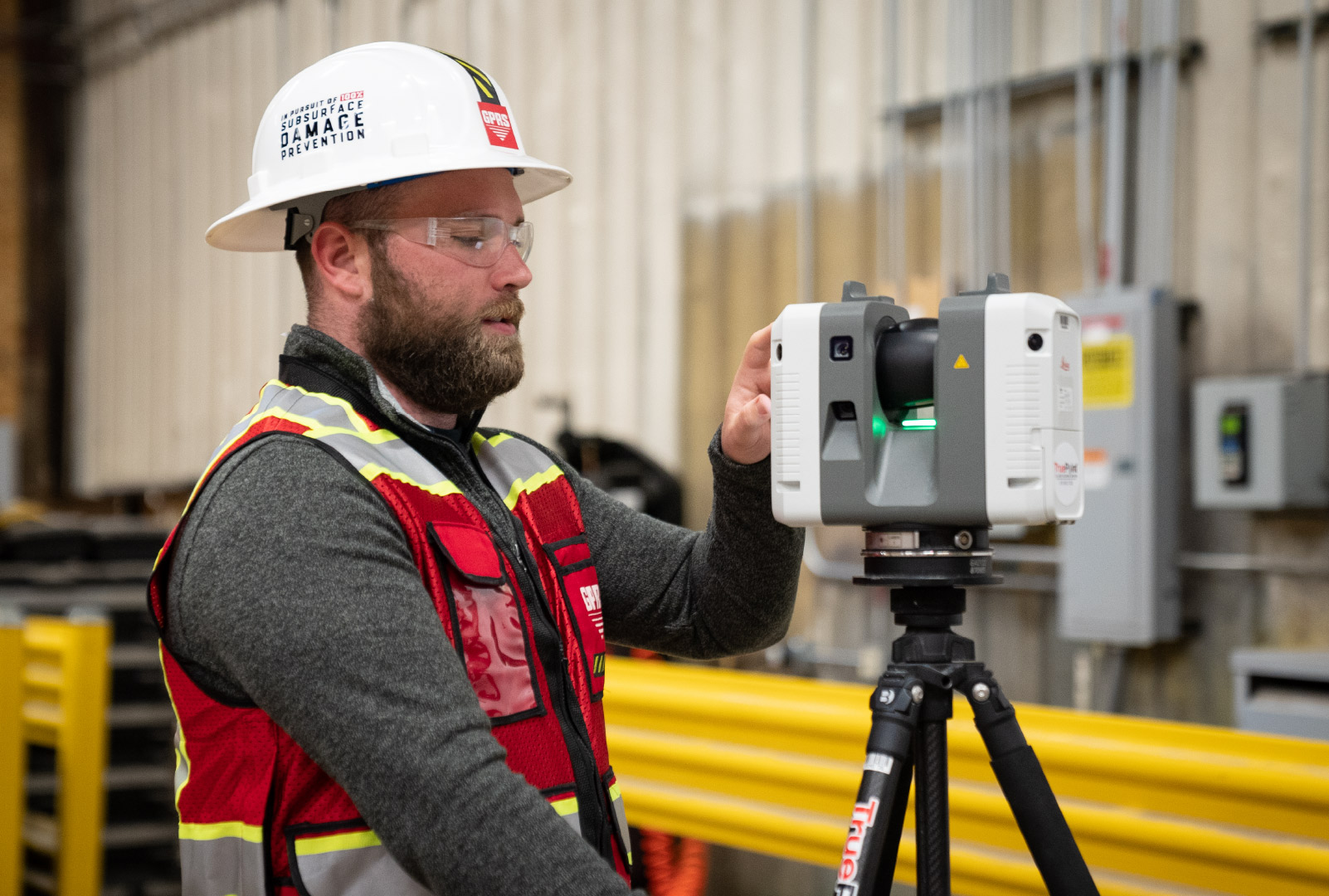 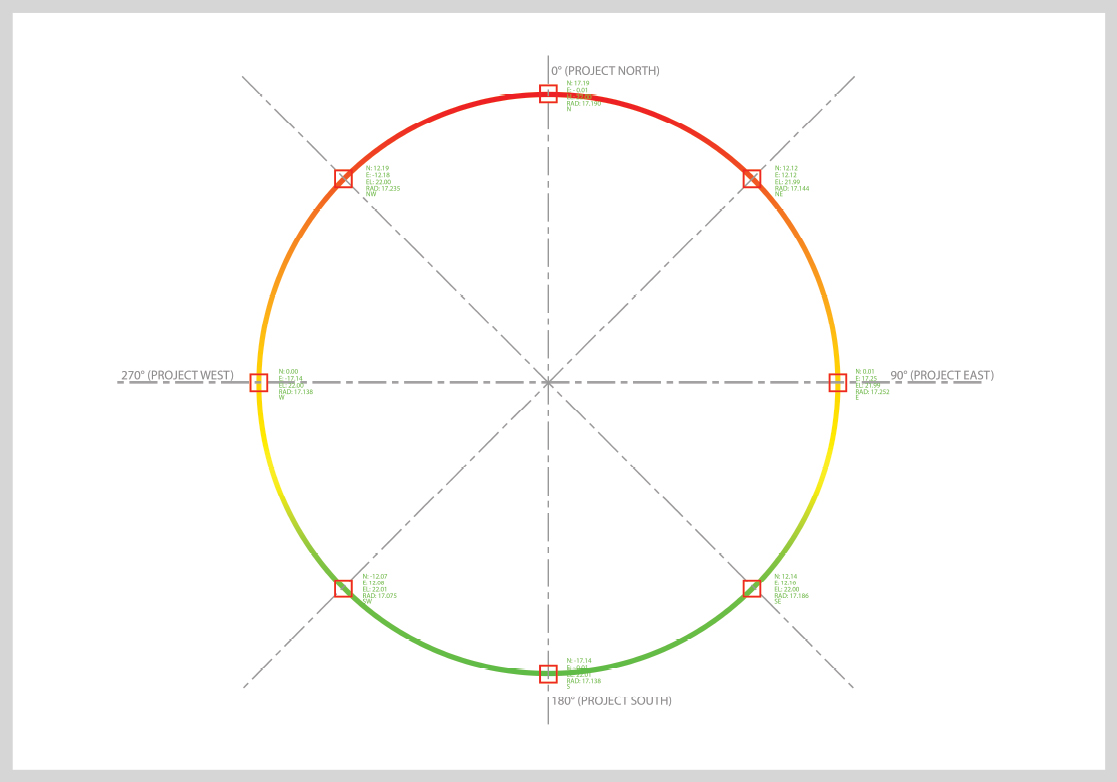 Because the people with the tape have to line it up right, read it right, remember it right, and write it down right.

Unfortunately, in most cases, one or more steps are done incorrectly, and that leads to inaccuracies, incorrect or incomplete as-built drawings, and flawed models, which can be deadly for industrial and commercial retooling, renovation, or historical restoration.

It is no wonder why: imagine trying to correctly measure and transcribe when you’re worried about being mowed down by an 18-wheeler or falling into an assembly line.

There has to be a better way:

Why lose all that time and risk your safety to take inaccurate measurements that cost you even more money on revisions, clashes, and change orders? Time is money, material is money, and both contribute to huge cost overruns in our industry.

A recent study reported in Engineering News-Record (ENR) in August of 2022 calculated as much as $177.5 billion per year in lost labor costs to fix mistakes in the construction industry and two full days per week of time lost to related delays.

Some suggest the use of a DISTO measuring service, that employs a single-point laser measuring tool. However, the room for error is huge because although DISTO claims accuracy of within 1/16 of an inch, it has more than one downside.

“Without a physical item for the DISTO to lase, there’s big room for error,” Artz said. He described how his two-person measuring team would try to compensate. “Sometimes we had to send a person out to hold up a clipboard that was close the distance we needed to try to get a DISTO measurement.”

This is because when creating drawings and models, it is important to measure from center to center of pillars beams, walls, and the like (pillar-to-pillar measuring). But DISTO’s single-point laser can only see one side of the pillar at a time. So, you have to estimate the center-to-center measurement, which is bound to be incorrect.

Which means that engineers, architects, and designers compensate for an expected margin of error that could be as large as a foot.

DISTO measurement is also just as time-consuming as hand measuring because it can only measure one data point at a time. When dealing with complex equipment areas, large-scale facilities, or high traffic spaces, this can mean years of work, all for measurements that may be up to a full foot off.

There Is A Better Way: 3D Laser Scanning Services

By contrast, TruePoint Laser Scanning, a GPRS company, measured every square inch of a specialized chemical processing plant, inside and out, including 85 miles of pipe and 448,800 sq ft of facility in about 90 days.

This job was completed in 2016. Thanks to upgraded equipment and methodologies, this same project would now take approximately two weeks to complete.

The measurements were accurate within 2-4 mm and their work so detailed, you could isolate any single pipe and follow it through the entirety of  the building – color-coded to avoid confusion.

They also captured the outer diameter of each pipe, near dense and active processing machinery, inside smokestacks, and inside LEL (Lower Exposure Limit) “classified” areas, where the hazardous environment could pose an explosion risk to large measuring teams.

Capturing every pipe detail was vital to generate isometric drawings that facility management could use to create and implement a facility maintenance and inspection schedule, as mandated by Federal Law.

GPRS/TruePoint Project Managers were able to scan from multiple platforms at the same time to cover huge swaths of plant area from several locations at once, to further cut measuring time and manpower use.

“They told us if they’d done hand measuring, it would have taken 10 years (and not captured details like pipe diameter). We did it in 90 days,” said Director of Laser Scanning, Ryan Hacker.

That is because 3D laser scanners, like the Leica P-series, can capture two million data points in just over a minute to create a point cloud of data. Once the area is scanned from multiple stations, a 3D point cloud shows every data point, and that data can be used to create detailed 2D CAD drawings, or 3D mesh or BIM models, also accurate within millimeters, to provide accurate as-builts on any facility, regardless of its complexity or size.

In the case of this particular facility, 4,000 separate point clouds were created to render a complete as-built 3D BIM model.

Most of the scanners also have the ability to immediately capture 3D photos from each scan station as well, which allows you to have geographically accurate, rectified photogrammetry of any space as well.

“This was one of the coolest projects. I wish we did one of these every year,” continued Hacker.

Data this precise, gathered in a non-invasive manner by a scanning service, allows for almost unlimited applications: from the aforementioned pipe inspection protocols, to renovations, retooling, off-site fabrication, or complete 3D walkthroughs of any campus or facility.

It saves both time and money while keeping your people safe, which is always our #1 goal.

What can GPRS help you visualize? Let’s schedule a project.