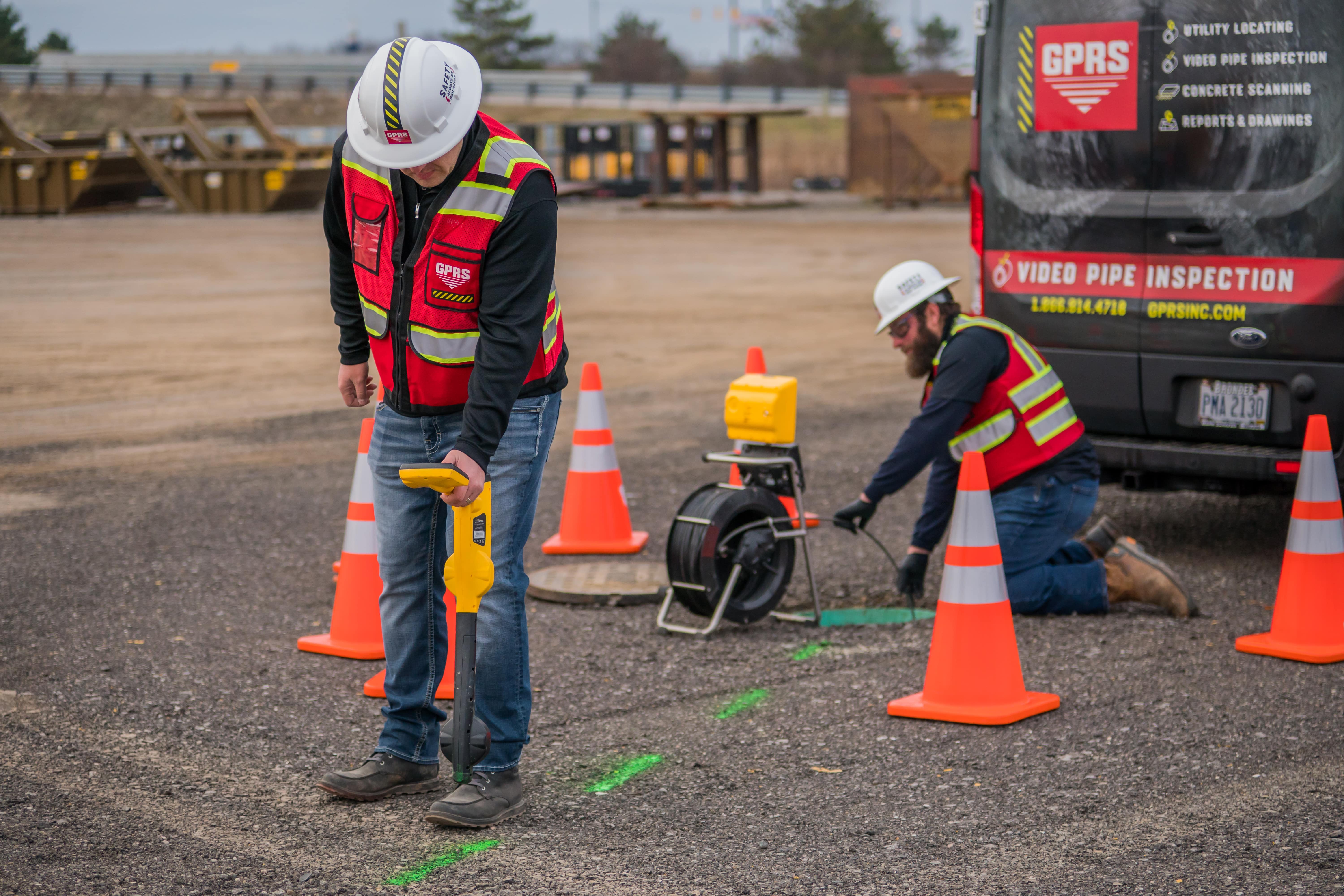 Ground Penetrating Radar Systems (GPRS) was recently called out to perform a CCTV storm pipe inspection in Seattle, Washington. Operators of a local state park requested GPRS to inspect some of their 15”-48” HDPE storm pipes because they are seeing a lot of mud in their system and wanted to know where it was coming from. When I arrived on site, the contractor who installed the system told me that these pipes aren’t more than a year old thus there should be no problems with them. He then goes on to say that this inspection was just a formality and that the mud must be coming from a different system that is tying in to their own.

To perform the video pipe inspection (VPI), I had to use an Envirosight CCTV Robotic mainline crawler. In addition to the crawler, for some of the pipes that where 24” and wider a carriage had to be attached to the bottom of the crawler as to keep the camera as close to the center of the pipe as possible. But even the carriage wasn’t enough, an elevator was also attached to the top of the crawler. The elevator allows the operator to manually change the height of the camera head as he pleases to ensure the best image possible for any given inspection. This is especially useful when the pipe fills with water and the inspector needs to see above the water pipe. It only took about one or two pipes before I found their problem. The pipe I found was on the verge of completely collapsing on itself. At the very beginning of the pipe there was a lot of water infiltrating into the pipe via holes made from the pipeline being crushed from the weight on top of it. As I inspected further into the pipe, I could see that it was being pushed down and if left alone, would completely cave in on itself.

With this information the client now knows that this pipe needs to be dug up and replaced. If they did not start this project with a CCTVVideo Pipe Inspection and went with there hunch that the mud was coming from another system tying into their own, they could have waisted a lot of money searching for or even digging pipes that should have been left alone. In contrast, their own pipe was getting worse and worse each day. In the end, VPI is a cost efficient, non-invasive way to locate any problem you may have in any storm or sanitary pipeline system.